So after sleeping for 5 hours, interrupted by 4 hours of no sleep in between, I was up early to go to Publicis, an advertising company in Toronto. My friend whom I went to the same design school was now working there as an Art Director, and she kindly set up a short greet-and-meet with the Head of Design at 9am. I wasn’t too nervous, but I was super zoned out…

Unfortunately, when my friend set the event up on Google Calendar, the calendar automatically set up the time to Vancouver’s time. I found out that when she set it for noon, it came up for 9am on my calendar. Oops… darn…could have slept in. LOL. 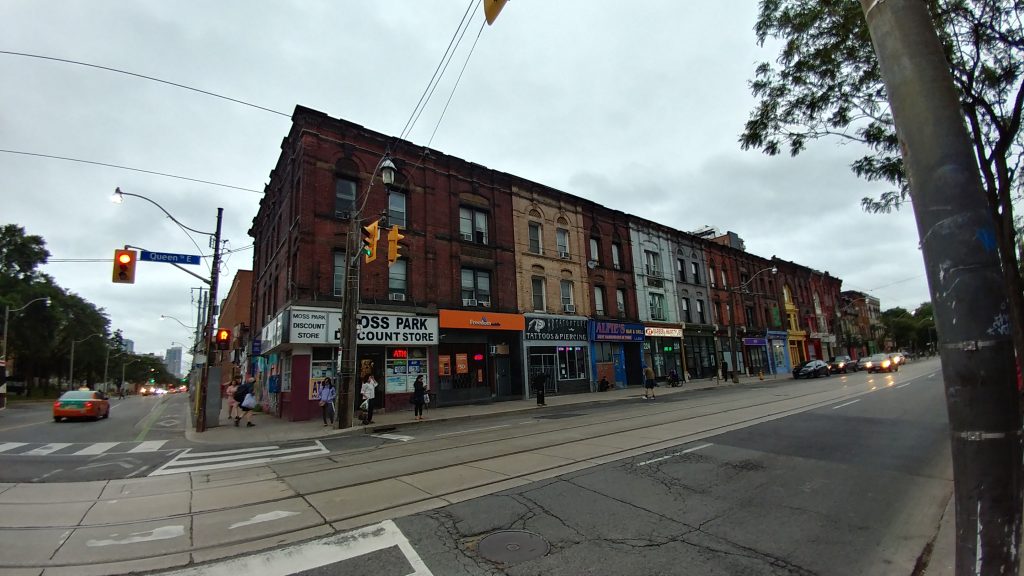 So I strolled down the street towards Dollarama as I needed some things. The street became more and more sketchy and wondered if I had entered something like East Hastings. It wasn’t nearly as bad, but it was uncomfortable. That is one thing that Google maps or any other maps that I know never showed – (wooo maybe that is an idea for an app!) areas in which you should avoid or be cautious about. Unlike a local who learns which part are good and bad, this is part of the ‘adventure’ of learning the new city. As long as you’re safe, it’s part of the journey. After all, it is what the city is REALLY like.

I returned at noon to meet with the Head of Design. Afterwards, I went with my friend out to lunch at George Diner St. 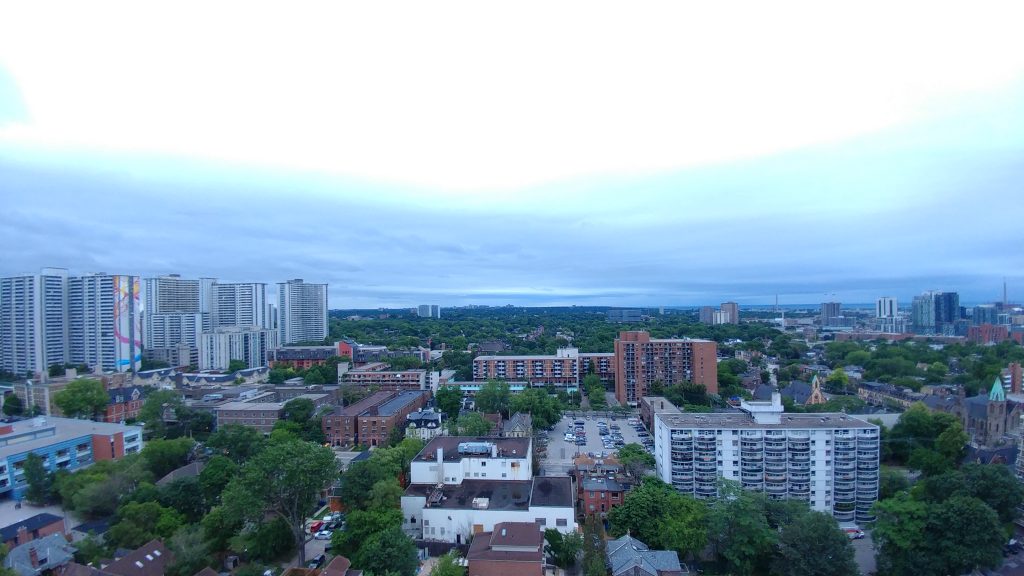 I had expected and packed for 35+ weather, so having only half of that at 17C was a shocker for mid July. It was chilly weather with winds and showers. It blanketed the city in gloom and made the sketchy parts of town even more uninviting. 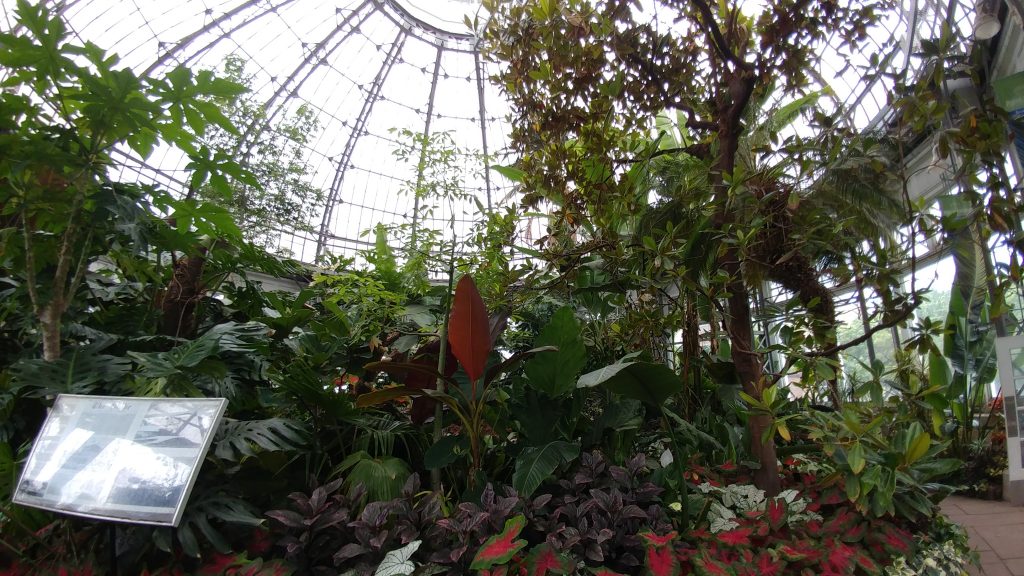 After a quick 40 min nap, my host friend and I were out and about. We first checked out the free Allans Garden, an indoor garden with different sections for different types of plants. Some had just orchids, or cacti, with koi or turtles! So cute! 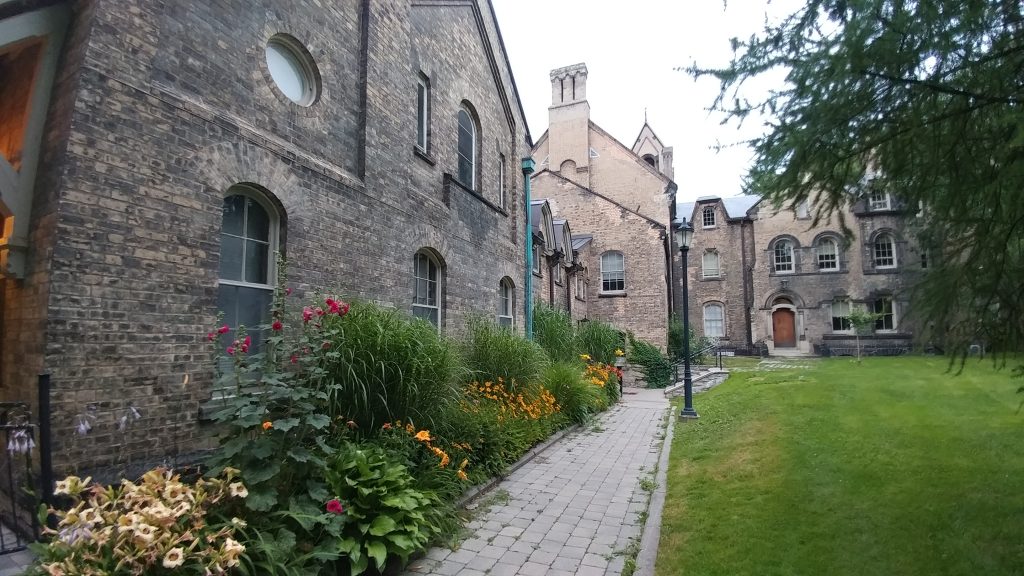 We walked to University of Toronto which my friend loved. We checked out Uniqlo and Muji, both which were to come to Vancouver soon. 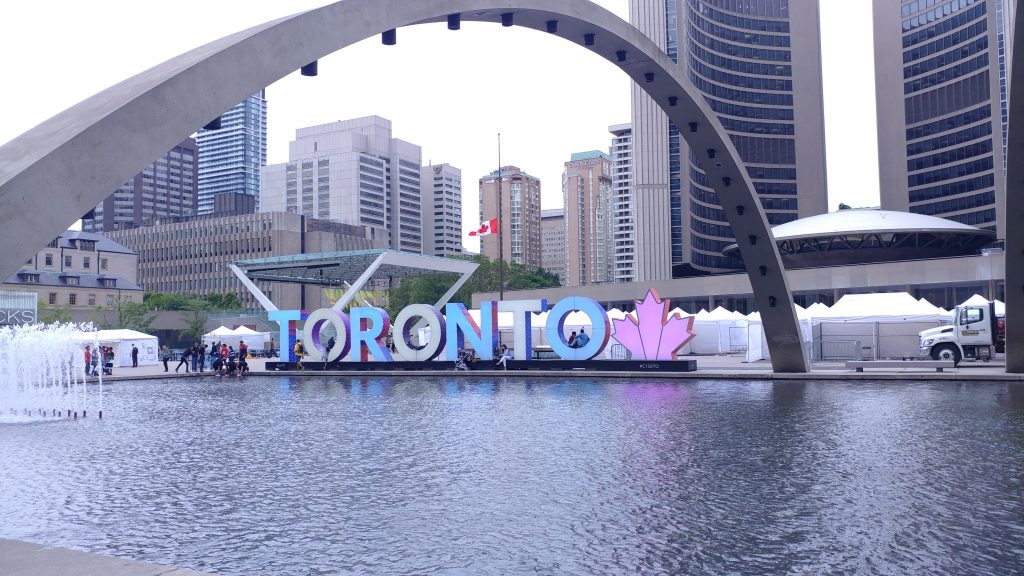 We also passed by the City Hall, with the words Toronto.

For dinner, my friend recommended to eat dinner at Queen’s. I’m so glad, because it had the best grilled chicken ever! Full details will be posted here at my food blog, idearabbit.ca