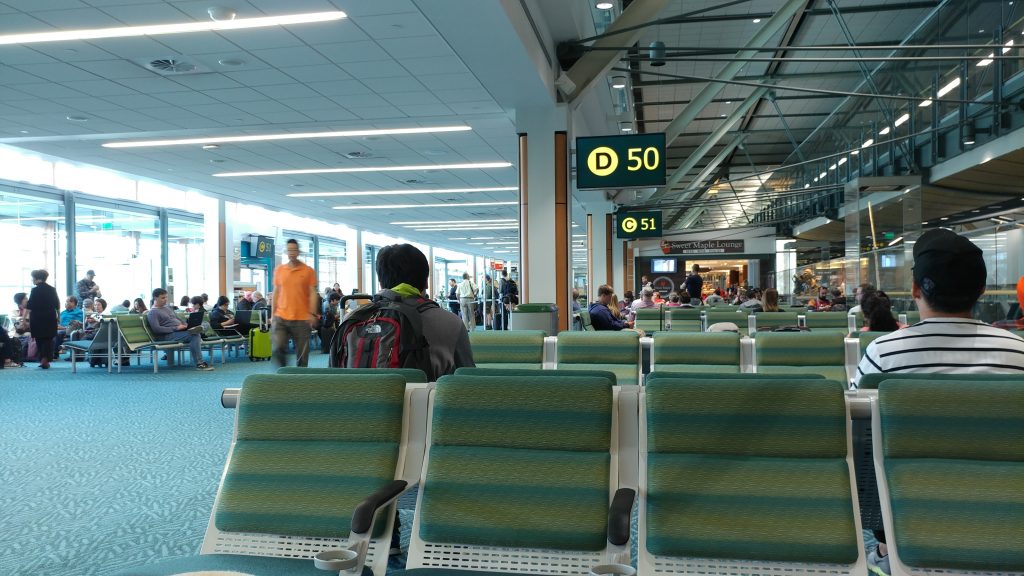 I’m up early. At 5:55am. Sure some of you are early risers, but I bet you are also early sleepers. I finally fell asleep at 4:30am. Yes, that is not a typo. Feeling like a zombie, I made my way to YVR Airport. It’s a weekday, meaning that many others are taking the train to get to work. It’s always a weird feeling when you are so used to the Monday to Friday 9-5 schedule, but you no longer follow that schedule.

Security goes smoothly without a hitch. Something that I was concerned about as I had packed everything in my carry-on luggage. I’m almost proud to say it, but I wasn’t scared of flying this time around. I don’t know why. The flight was pretty smooth all the way, with a soft landing at Pearson International Airport in Toronto.

To my dismay, the city was covered in clouds with some drizzle. I had seen forecasts of sunshine and super hot weather, so I wondered if I had brought enough warm clothes on the trip. However Toronto is humid. Wow. Reminded me of Japan. My hair immediately became uncontrollably wavy and frizzy. Darn…I knew I should have done the Japanese Hair Straightening before coming on this trip. 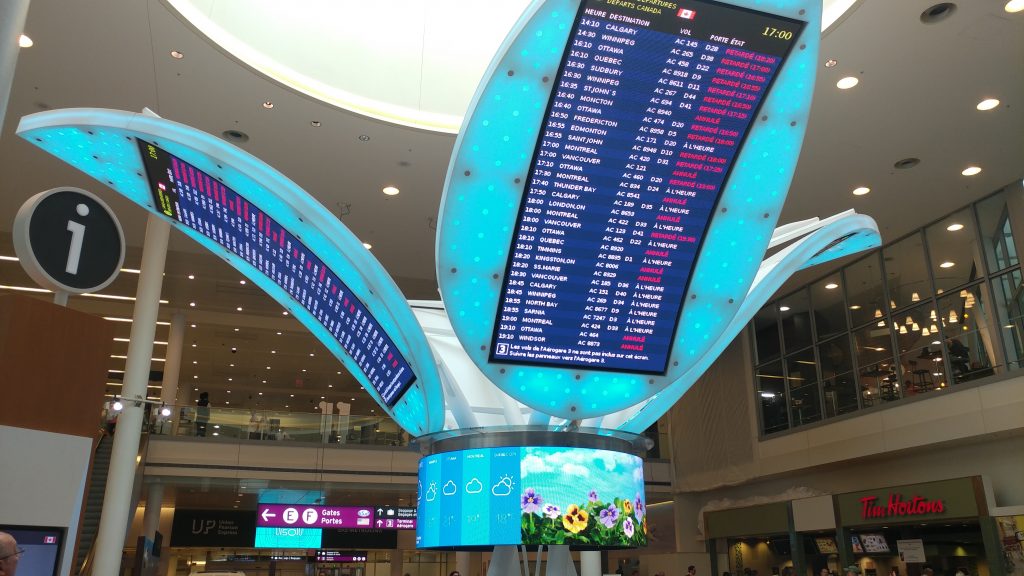 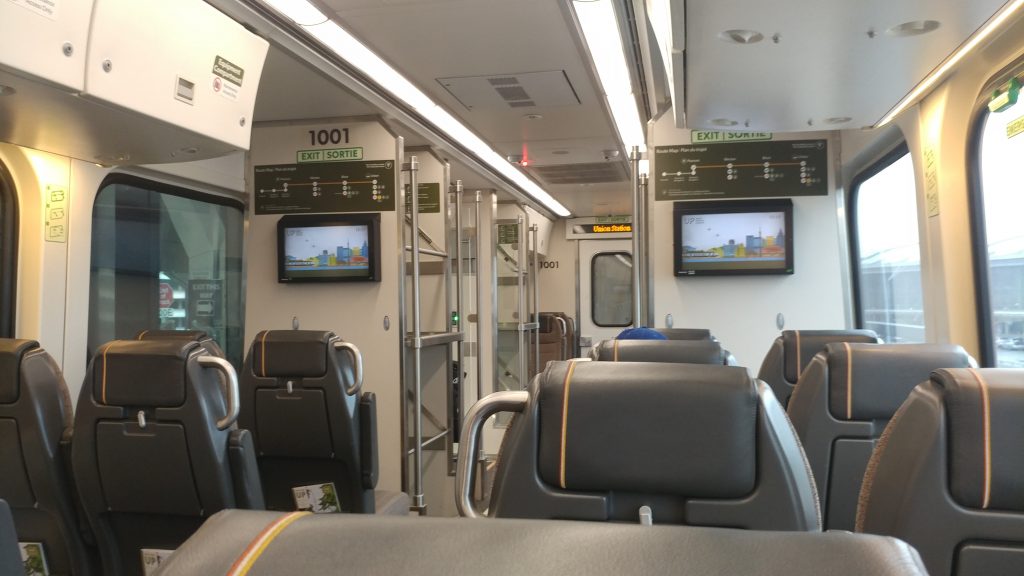 My friend had suggested taking the Union Pearson Express. It’s $12 to get to downtown, rather than $3 on the normal public transportation. It was really nice. Super modern, clean and quiet. Plus, only takes 25 min. I heard from my friend that it used to be triple the cost. But then nobody rode it, so they lowered the price. True. I found that as a traveller, $12 is already on the verge of falling into my ‘a bit pricey’ category since I was on this trip on a budget. Still, I’d highly recommend it. One thing I’d suggest to Pearson Airport is to put up signs on which way to go for the UP Express. 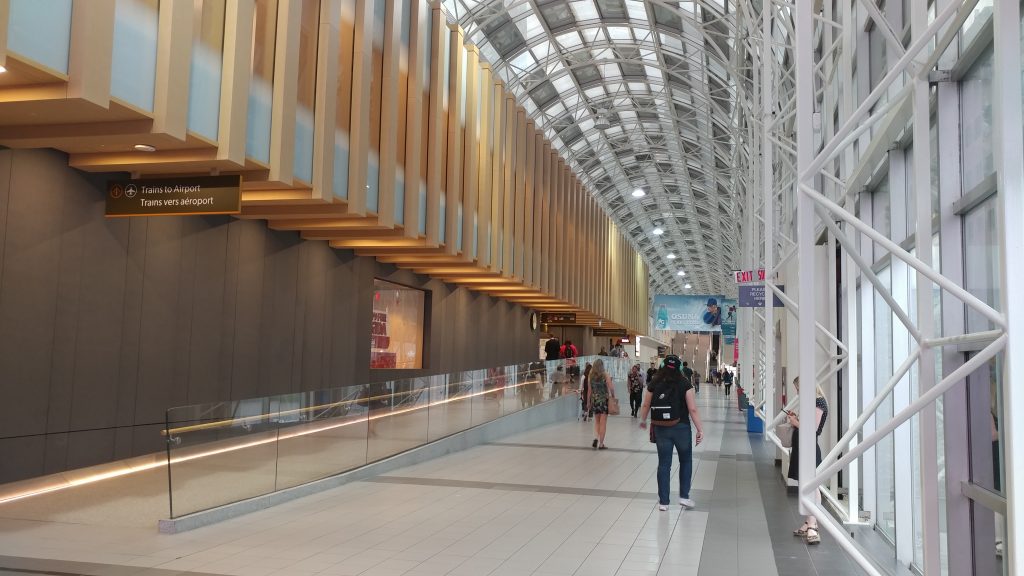 I met up with my friend at Union Station who got lost as the station is going through some major renovations. It had been just over a decade since I last saw my friend, whom I’ve known since we were in grade 3. 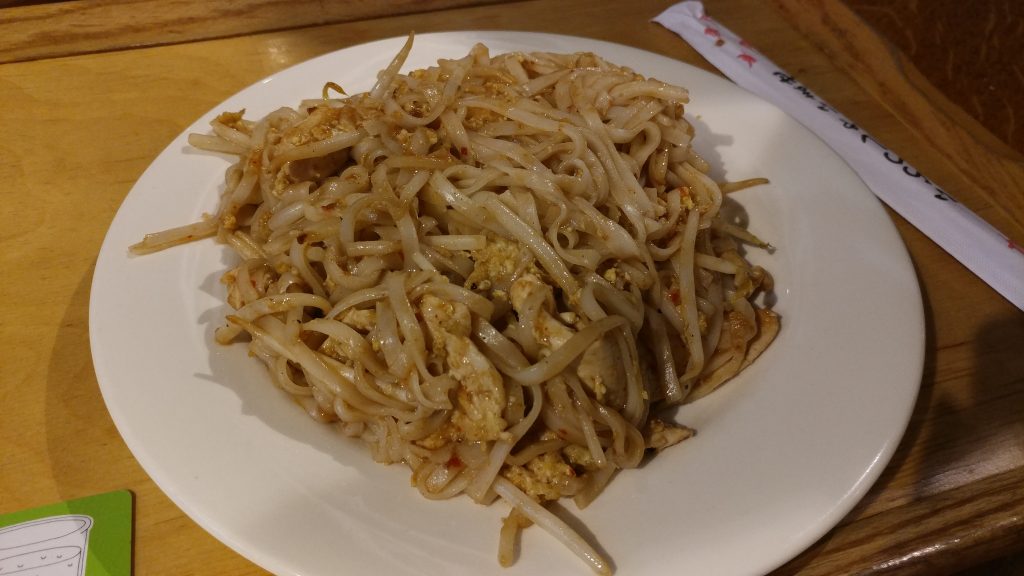 We ate dinner at Marche International – I had Pad Thai.

We stopped at Loblaws to purchase some food for breakfast during my stay in Toronto. By the time I got to my friend’s place, I was so worn out and went to bed early – as in 10pm local time, but 7pm Vancouver time. I thought I wouldn’t wake till the next morning, but I awoke from 2:45am – 6:00am. Oh looks like another day of feeling like a zombie awaits…