I woke up un-rested, but still wanted to check out Montreal. I walked around Old Port where it was now like a little amusement park with a ferris wheel, zip-line, and a lot of fun stuff for kids. There were little booths selling odd knick knacks. 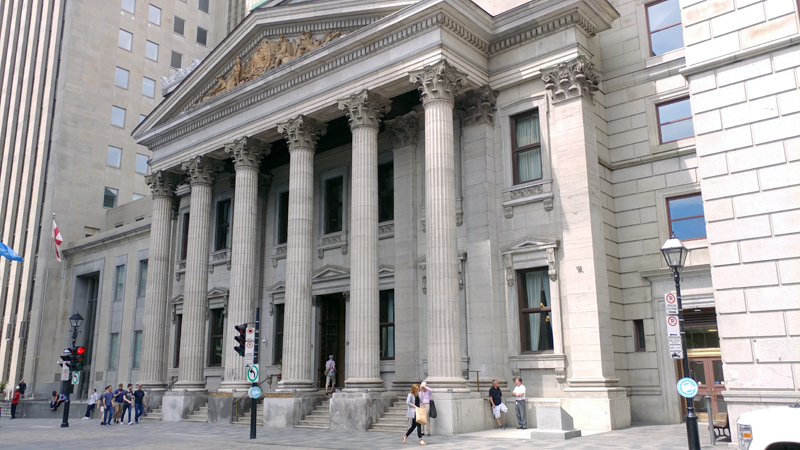 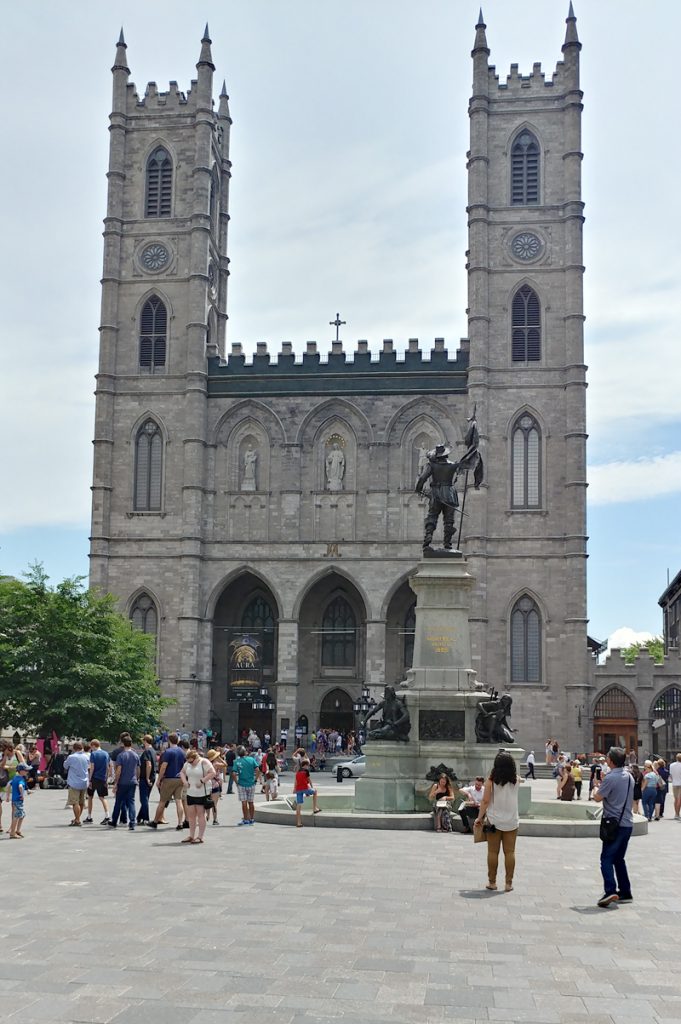 Next, I walked through Old Montreal which was like an European city. Cobbled streets for just pedestrians with lots of cafes and restaurants. Unlike in Vancouver, I barely saw any bums in the downtown area. 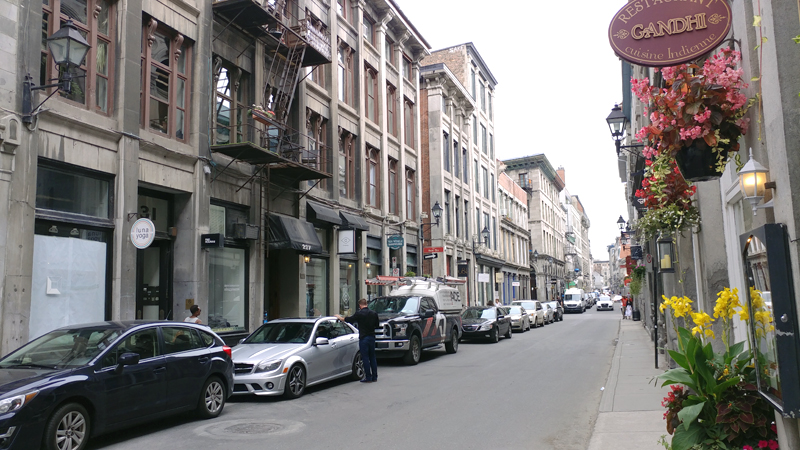 Old buildings on the narrow streets of Montreal 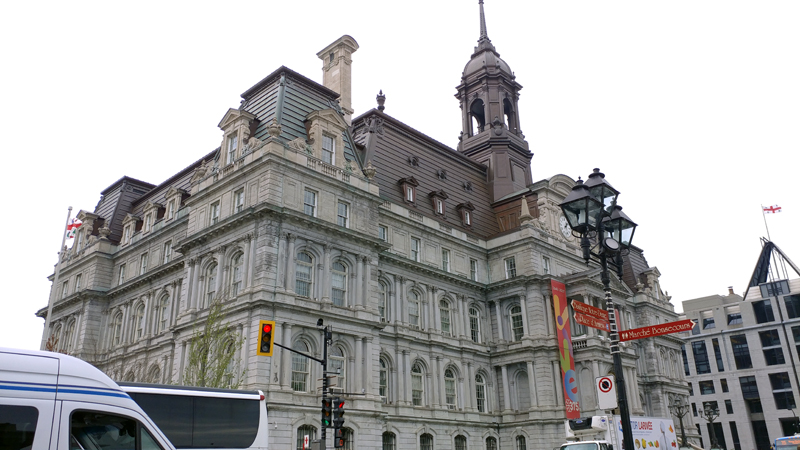 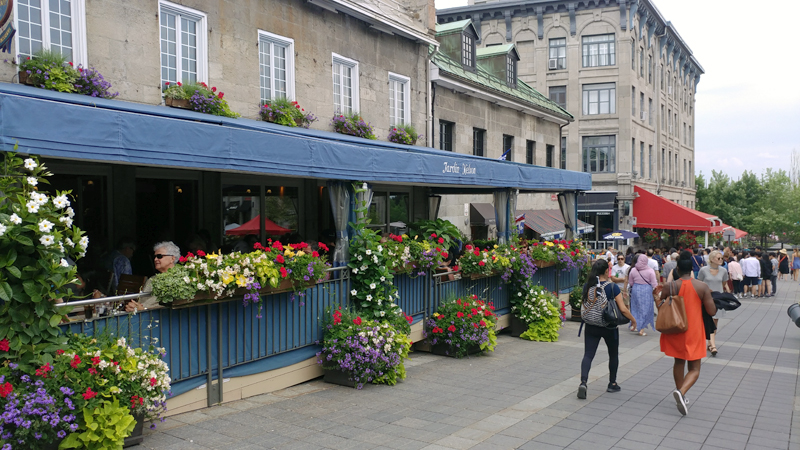 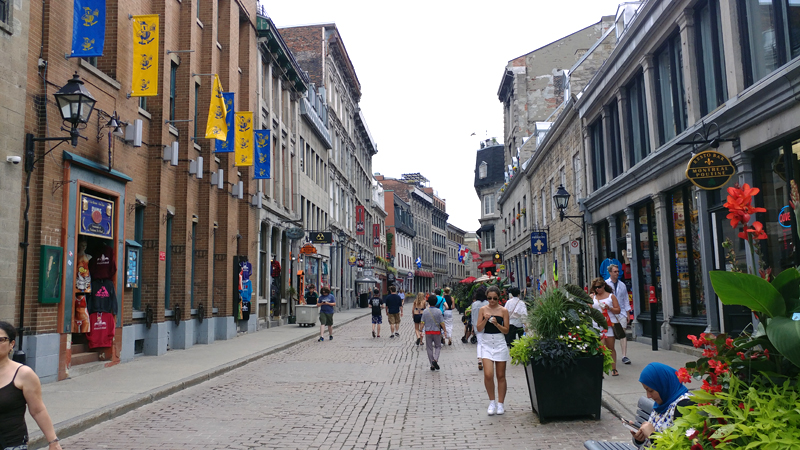 Pedestrian only streets in Old Montreal 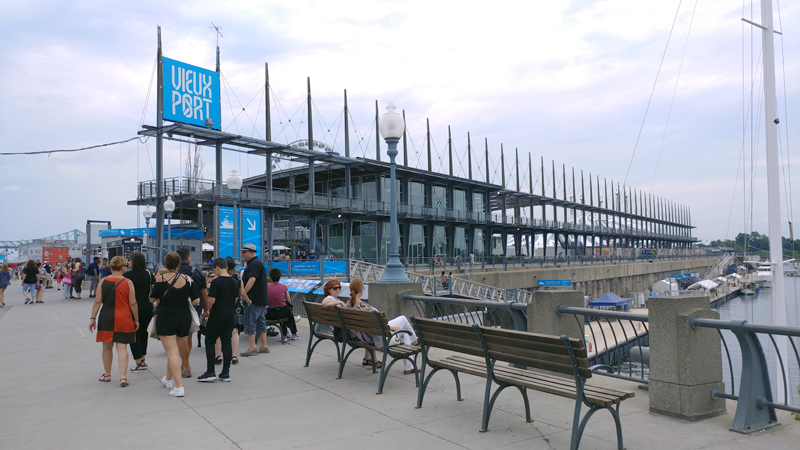 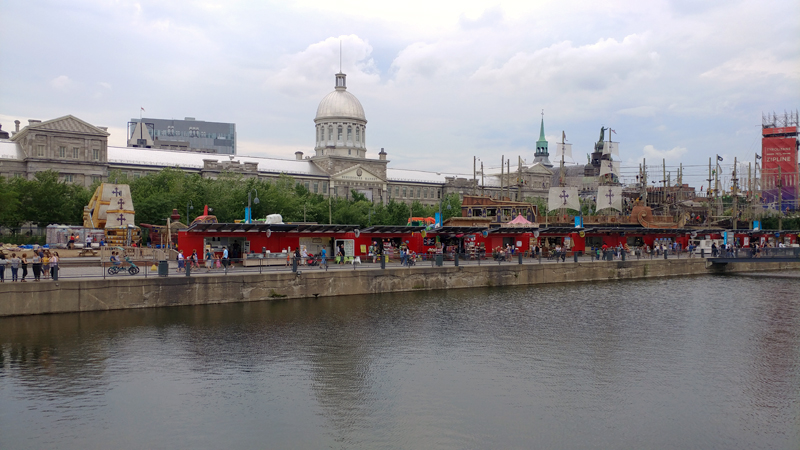 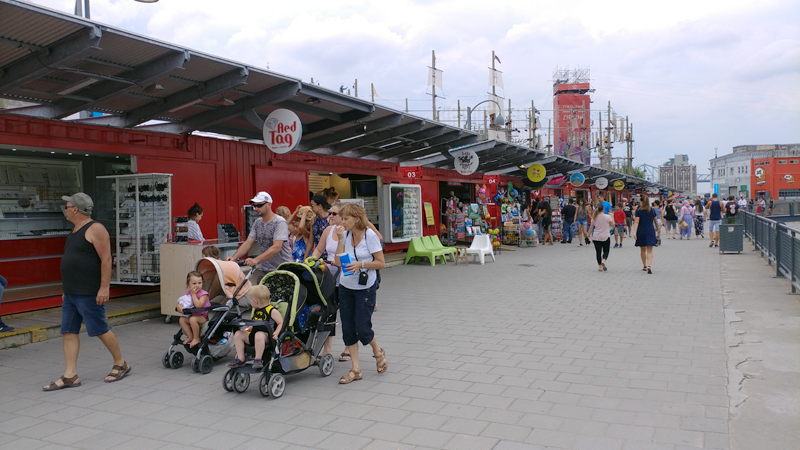 Great for the entire family

It was slightly overcast, but still was super humid unlike on the west coast.

Then, from from 2:30pm-4:30pm I was was stressed out with the hostel and Airbnb situation. First, I was waiting for some time at the hostel as I was told that I was going to get my proper room. I also wanted to talk to a person, but they only had a staff come in for an hour or so a day. I don’t know when they were there, but I never saw another staff again at that hostel. I finally got the ok from the Airbnb and took all myself for a move.

I was so relieved of the Airbnb place. It was on the ground floor of a condo building. It had AC – yes! A small kitchen and my own full bathroom. Ah, so many things that we take for granted!

I didn’t have time to settle as I rushed off to meet my friend’s friend. The friend in Toronto that I had stayed with had told his friends that I was travelling, and a couple of people offered to show me around town. I was meeting one of his friend today.

So, at 6pm , we met, walked around, malls, festivals and had dinner at Robin Square where I tried a duck dish! We walked some more before ending up a nice pastry cafe for sweets. By the time I got home, it was around 11pm. What an eventful day!