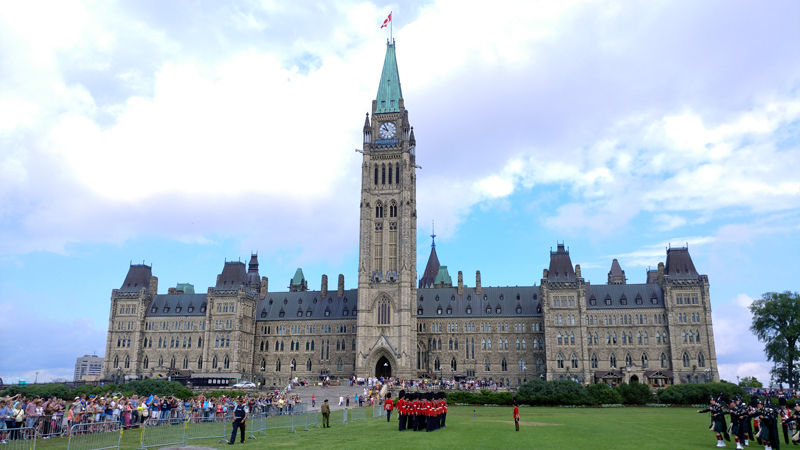 Changing of the Guards ceremony

I arrived a bit too late at 9:50am to see the Changing of the Guards at the Parliament. It is an approximately 30 minute long ceremony. The ground is packed with tourists with their cameras and cell phones, all wanting a piece of the action. 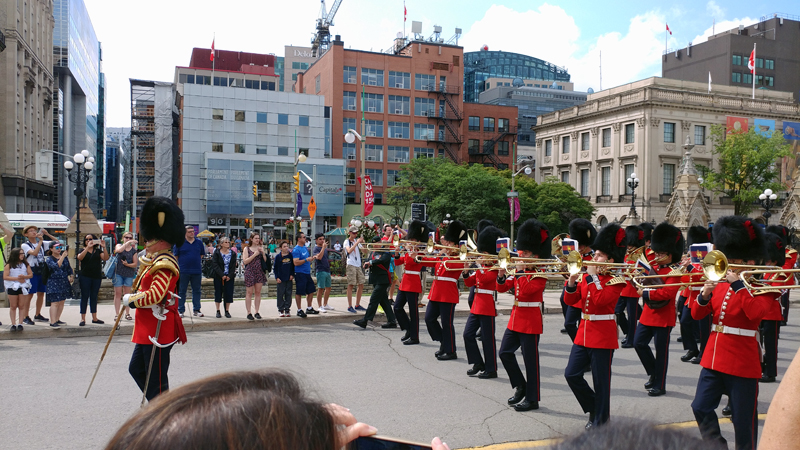 If you’re thinking of doing the Parliament tour right afterwards, caution that you’re not the only one who planned this. As soon as the ceremony is done, a swarm of tourists will rush towards the ticket booth across the street. So be close to the exit when you’re at the ceremony. You also get to see them close coming in and out. I dreaded having to line up for a really long time as I had read online reviews. However, with luck, I only had to wait 3 minutes to get my tickets. 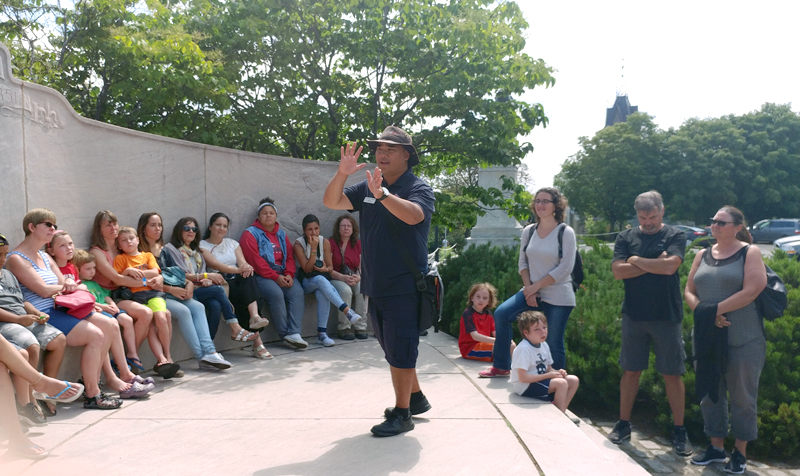 The outdoor tour from 11am

I decided to take part in the 11am outside free tour around the Parliament and the 12:50pm  Parliament tour of the interior. Security was a breeze, despite what I had read. I think our group was just lucky because when I came out later on, there was quite a lineup to get in. It was kind of dumb that I had to use the locker on the other side of the street because the staff there told me my backpack was too large to get into the Parliament. Had I known, I wouldn’t have brought a little tiny pouch (the size of a cell phone) with me. The line at the security broke the line into two. One without anything, and those with backpacks. My little thing was considered a ‘bag’, so I had to line up. Great…and all the people in the lineup had huge backpacks. So what were the lockers for if people didn’t have to use them, and they let them into the Parliament anyways? The intro and security took only about 10 minutes and the tour was close to an hour. 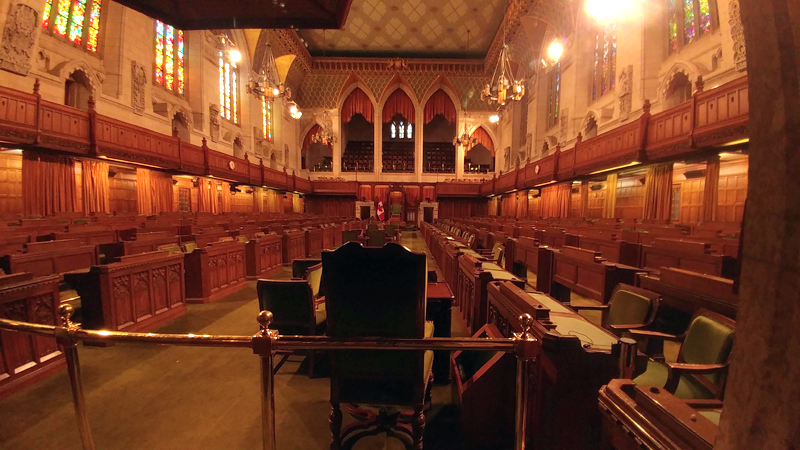 Inside look at the Parliament! 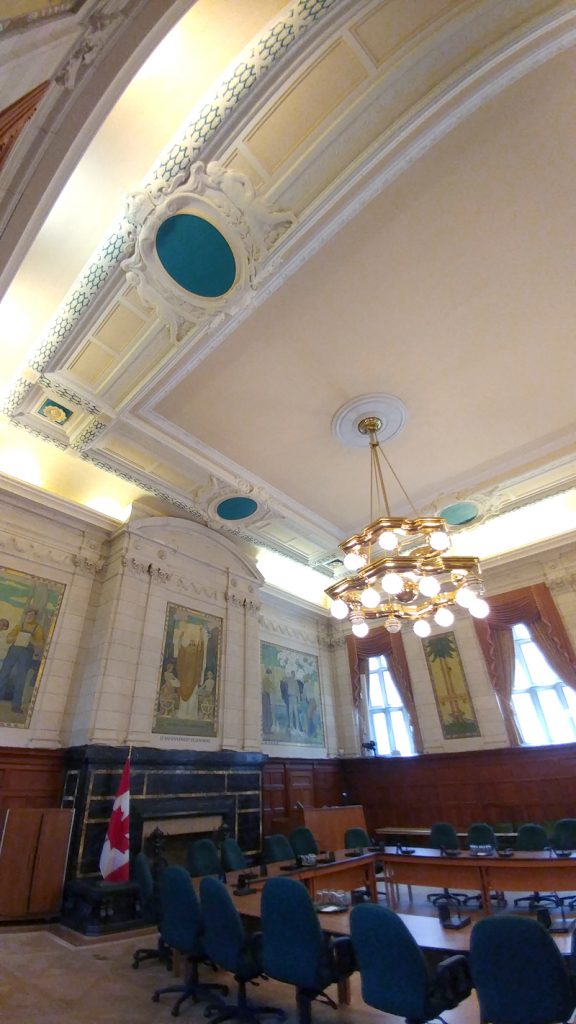 Looks a bit unfinished, but apparently that’s how it’s supposed to look. 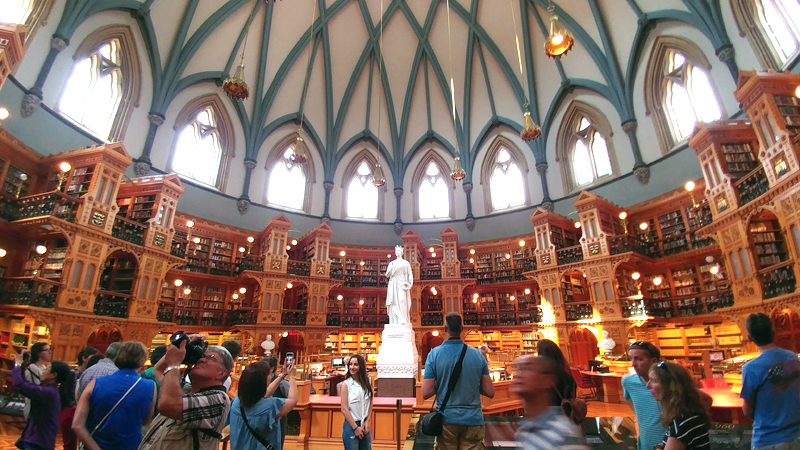 The only part of the original Parliament that didn’t burn down in the big fire. The library. 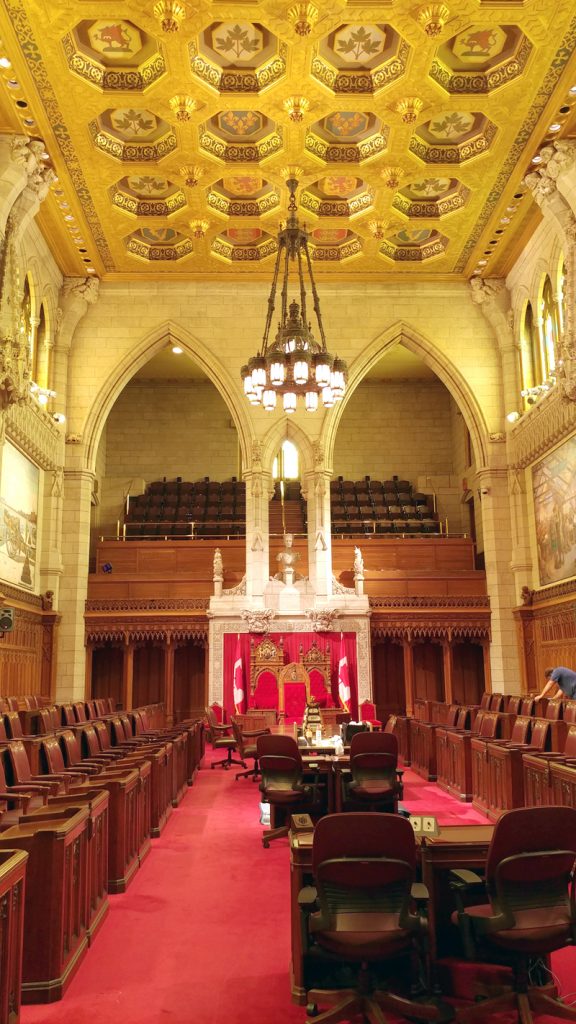 Afterwards, we were allowed to go up the Peace Tower, but there was a huge lineup. I waited for a while, but once some people started to give up, I gave in too. I wasn’t sure if it was worth all the wait.

For dinner, I had a simple burger with fries at a nearby pizza place. Unlike Vancouver where places are open till late, or even 24/7, places in Ottawa closed down around at 9pm. It’s pretty much a dead city after that.