It was a nice, hot summer day. My app told me that the temperature was 26C, feels like 30C. From 11am-2pm, I attended the Free Ottawa Tour. There were about 20 of us, and the tour guide was really funny, with lots of great interesting facts. The heat was a bit of killer, but it was great seeing all the interest points with information. 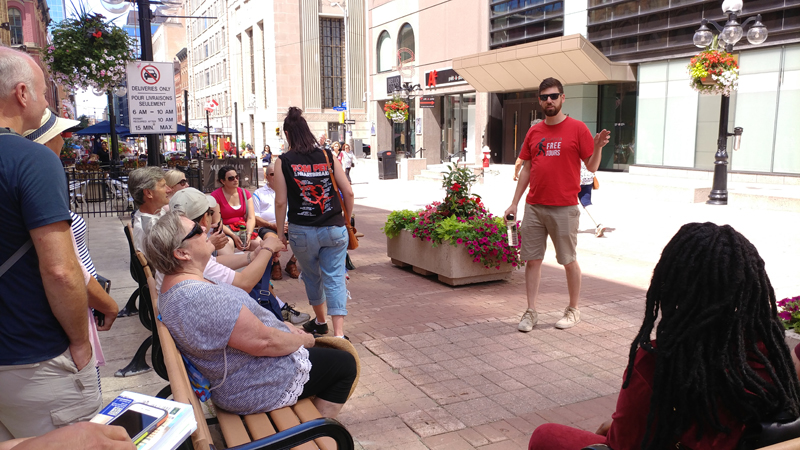 I highly recommend this free tour! 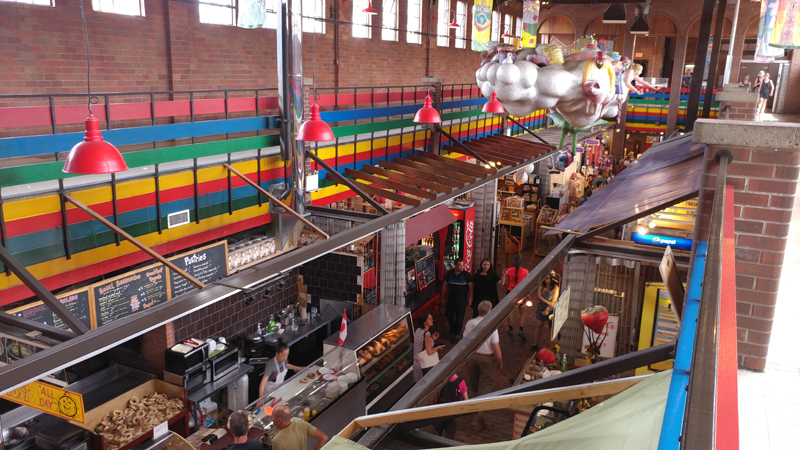 After the tour, I went to Byward Market. I decided on pasta and a side salad for $9 including tax. There weren’t that many tables, and a older man came up to my two-seat table and asked if it was ok to take the other seat. I nodded. We were silent for most of the time eating, but afterwards, we started to chat. His name was Piere from Templeton, Quebec, and he had ridden his bike all the way to Ottawa. It was about 20km away, but what was amazing was that he was 70 years old! He said something like he biked 63 km on the bike on weekends. Wow! The funny thing is, he said he never stops by Ottawa to eat. So we came together from not locally, but we were able to share the table and short conversation. It’s too bad I didn’t take a photo with him. 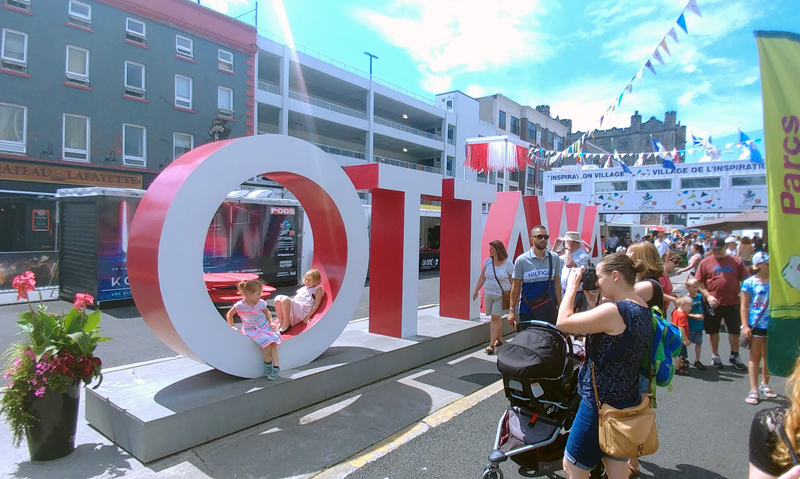 During the free tour, we passed by the International Pavillion. It was currently showcasing the relationship between Germany and Canada. Unfortunately, it was a bit… boring… sorry. There wasn’t much engagement or interaction. Maybe I could have read all the boards, but I guess I also wanted to go to the bathroom at this point, so couldn’t quite focus. The 2nd floor was about Germany, and the first floor was I think by their sponsor, Siemens. But it’s free. 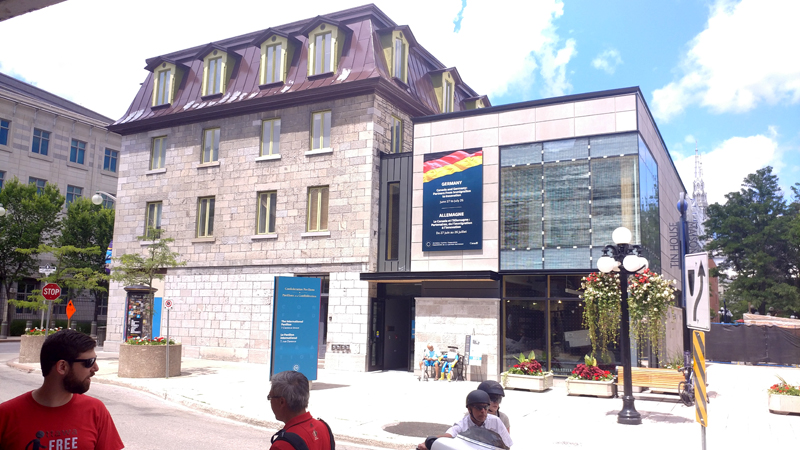 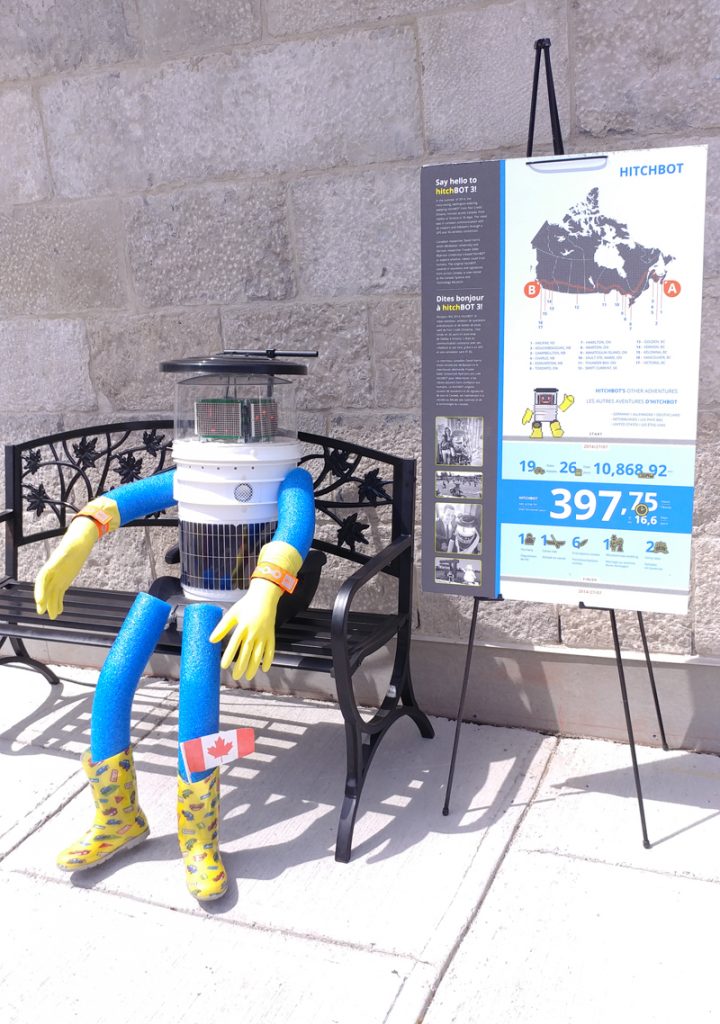 Hitchbot was sitting in front of the International Pavillion

Saw the robot that has travelled around. See, it’s not only us humans that travel!

After walking about 4 hours in the heat, I was exhausted, and went back to the Airbnb which was super cool. I eventually fell asleep for about 40 min writing this. 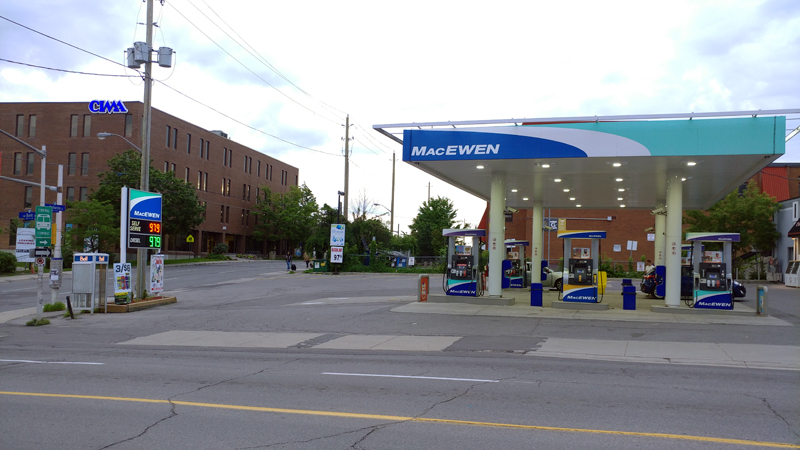 Holy! Gas for less than 98 cents! Totally cheaper than the $1.40 in Vancouver!

By late afternoon, it had become really cloudy. Forecast showed was showers with risk of thunder and lighting…so I wondered if I would be able to watch the Northern Lights show by the Parliament tonight. It looked super interesting when I looked it up on Youtube.

I thought of going the next evening to see the Northern Lights show, but what if the weather is terrible? Or what if I get sick? So, despite the suspicious clouds, I decided to go see the show that evening. First stop, was dinner. I know I had just had Pho noodles the night before, but I was still craving it. I was originally going to a restaurant that Zomato recommended, but it was a bit of a detour. Luckily, in the direction of the Parliament, I stumbled upon Red Pepper Thai-Viet. It was soooooo much better than the night before. It was cheaper, better service, nicer atmosphere and better with everything! 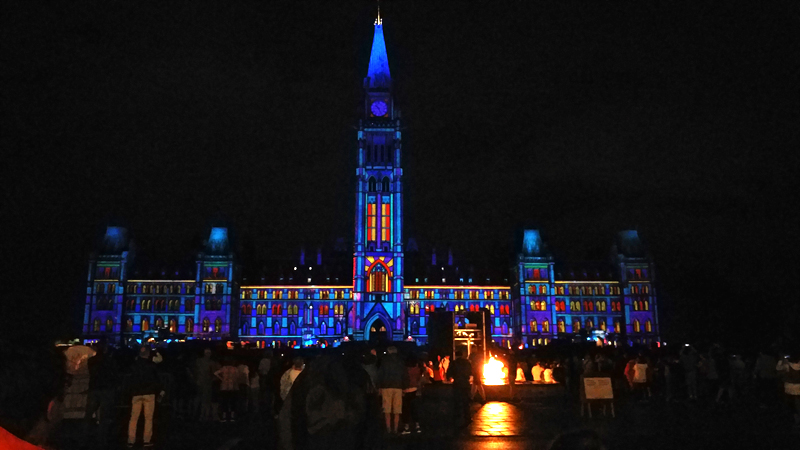 Around 9:30pm, I arrived at the Parliament. It started to drizzle, but the show was not cancelled. As the rain started to get a bit heavier, those without a jacket or umbrella all started leaving. It got better as it got closer to 10pm. It started and I held my phone up above my head for 30 minutes long. Phew – my arm was happy when it was over, but I really enjoyed the show. Cool visual effects, by only mostly using the projector to simulate 3 dimensions on the Parliament building.